Mad Max is a severely underrated post-apocalyptic open world sandbox (literally) where you take on the role of Max Rockatansky, a former cop and current anti-hero and cynic who is searching for peace away from a world gone mad. 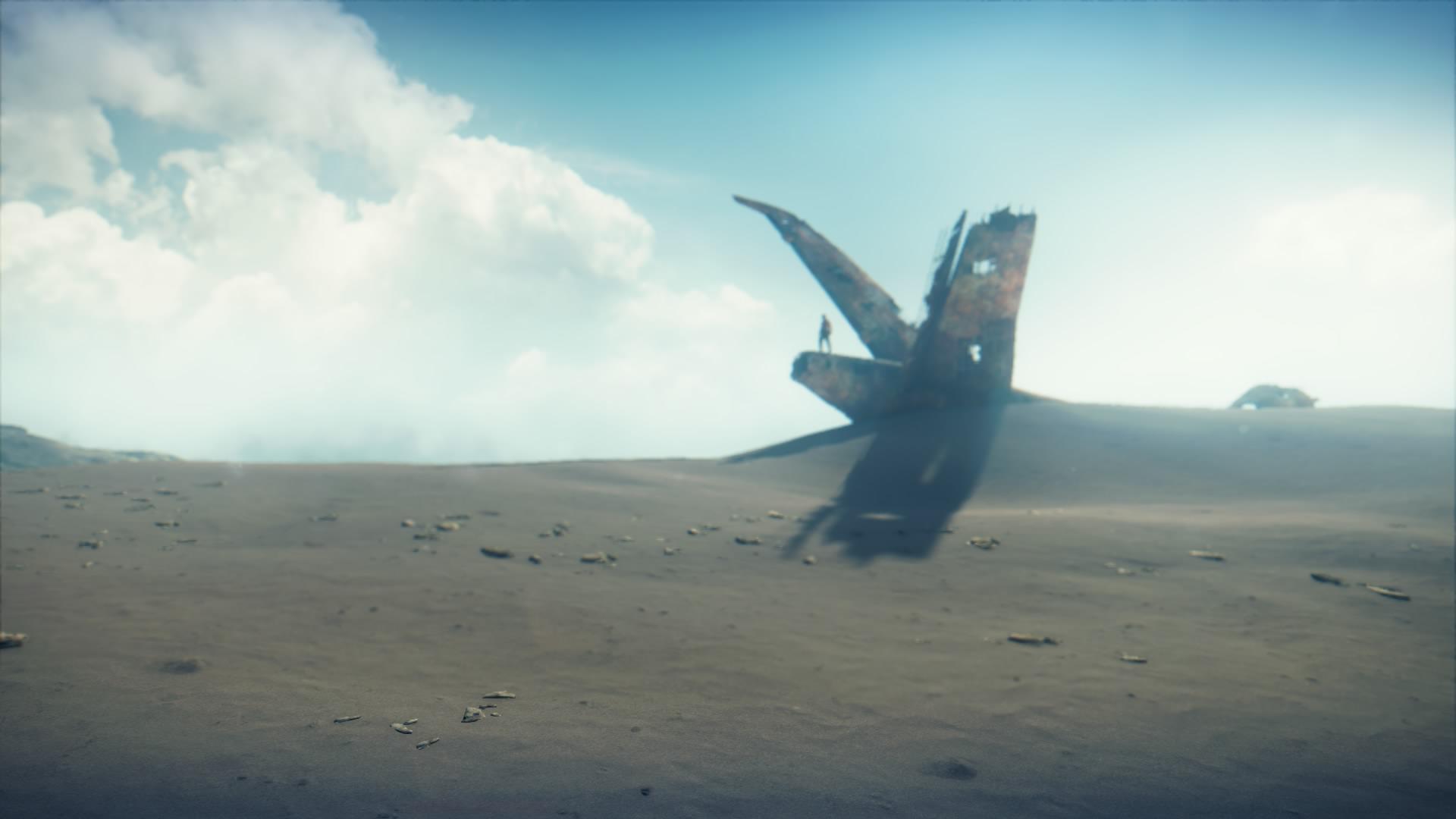 “Sunken secrets reveal themselves in the dried seabed”

Your journey takes you across the Australian wasteland, where resources are scarce and crazies are in abundance. Avalanche Studios is known to focus on open world video games and that experience has allowed for the brilliance that is Mad Max’s Wasteland. It wasn’t crazy enough that the setting would greatly clash with their most popular series Just Cause, but it was also a desert. A barren, dead desert. No greens. Not a single bit of green can be found in the wasteland, it’s all brown, yellow and everything in between. What a brilliant idea.

Just Cause is known for its lush and varied environments, so Mad Max is a departure from that formula. The thought process must have been, “Okay, how do we make a desert varied and memorable?” This goes in hand with keeping the world sizeable, not something the size of any of the huge Just Cause games, but something that invites the player without overwhelming them. 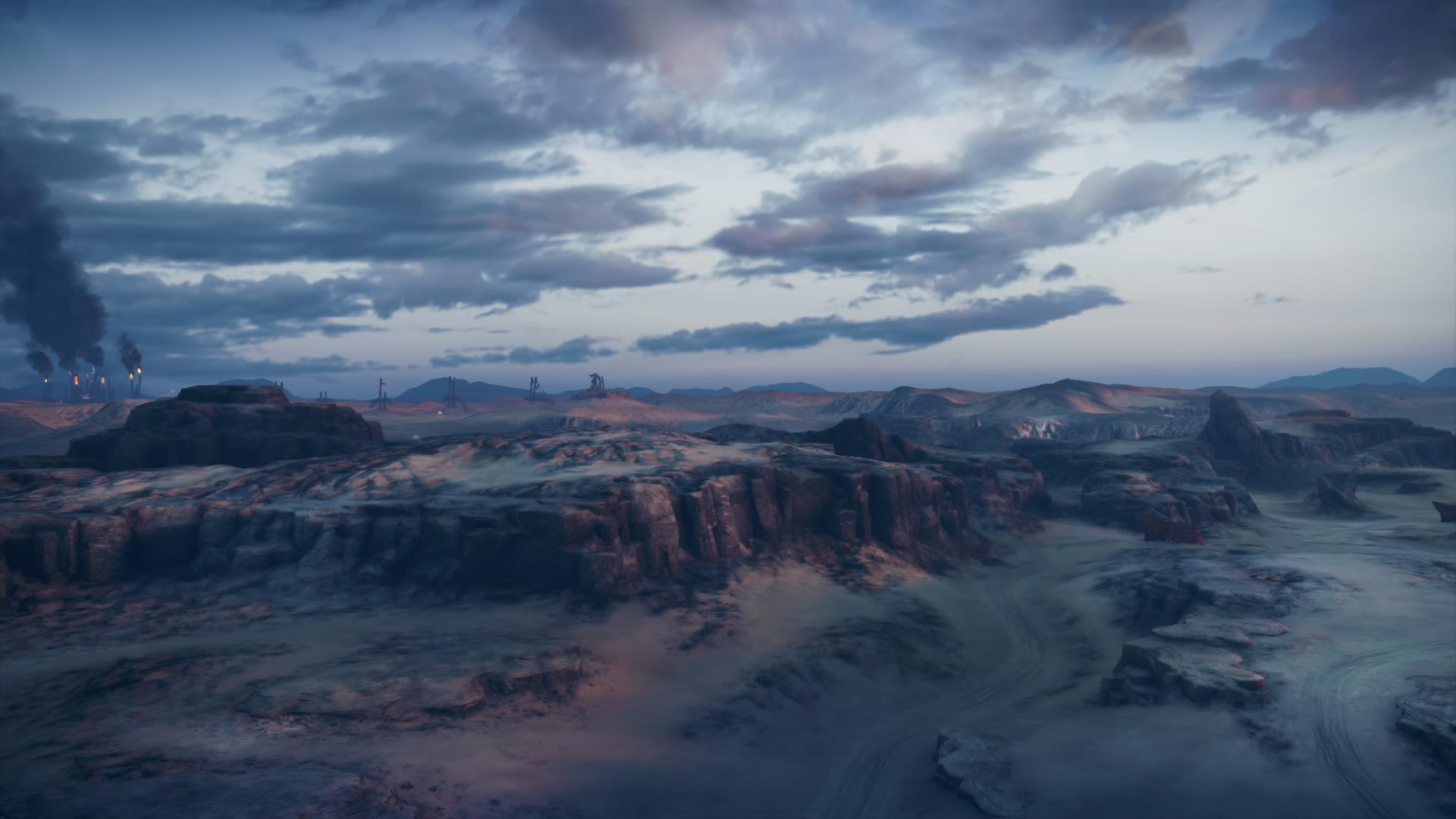 The first idea to set this in motion would be to lock out zones. I first saw this in GTA III, where each island after the first was locked until a certain story mission. This ensured that the setting remained fresh throughout the game, maintaining the illusion of “new”. Mad Max does this impeccably. The wasteland is divided into several zones of influence, with each one after the first locked out.

Now we come to the actual setting: The Wasteland. How does Avalanche make a desert varied? They use the concept of the apocalypse. The white desert that you start in, the one with all the coral reefs, strangely shaped cliffs, volcano and sulfur fields? That’s a sea bed. The Great White. First, water flooded and then it was completely gone, offering only bits of life with the hard turn of a dew collecting valve that the player can use to collect water. 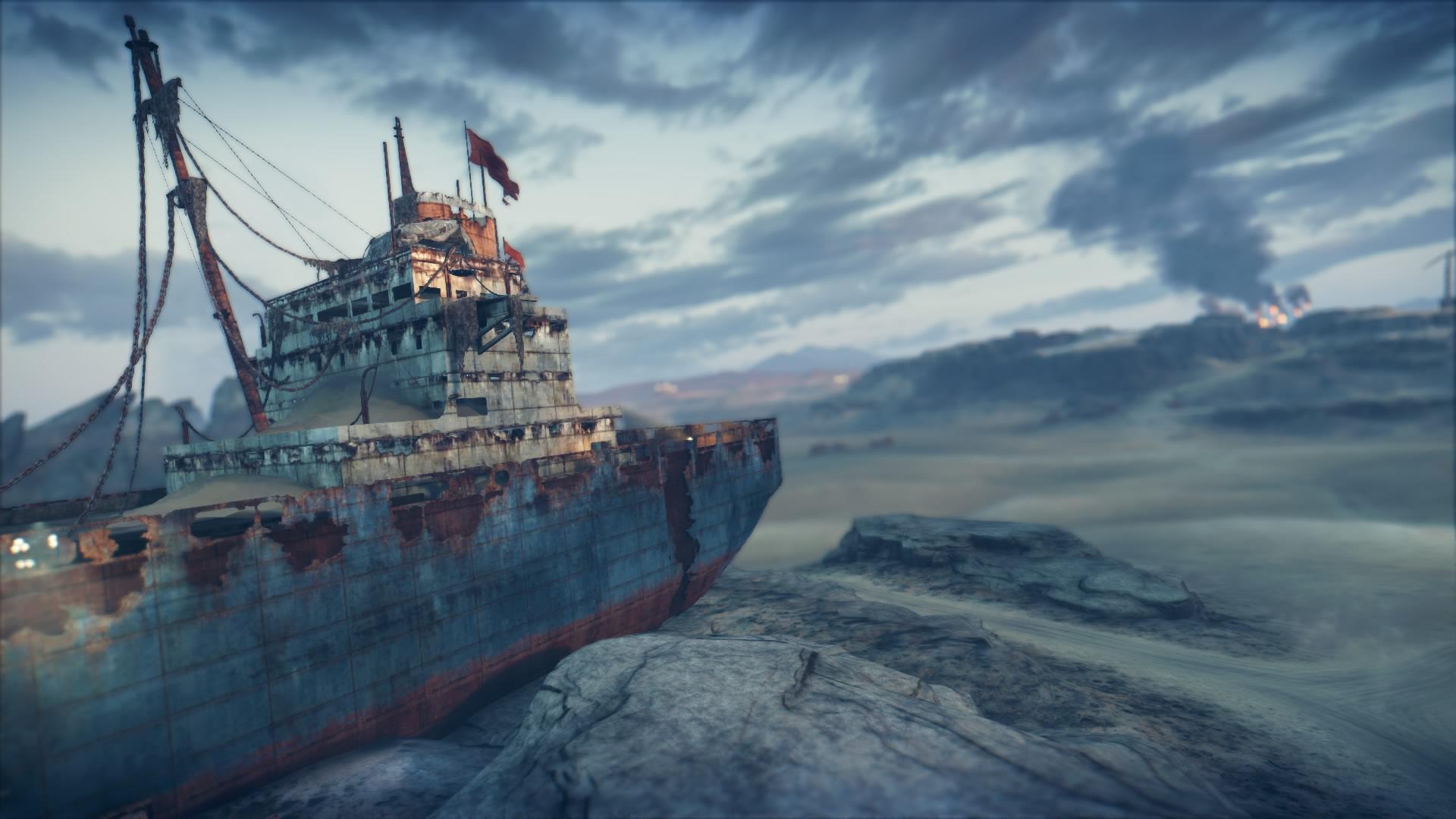 “Patiently waiting for the waves to one day return”

It ingeniously mirrors Max’s reluctance to trust or befriend anyone, closing that valve for good. This place has no roads, no trees, no dead shrubs, no buildings, no sign of civilization, but you never ask why this is. You simply accept it without a second thought. Yeah, ancient seabed, that makes sense. You only get to see scarce signs of human civilization in the shape of landmarks. A bridge, an imposing statue, windmills, a lighthouse. Nothing more than that. Bits and pieces to keep you grounded, to tell you that this is humanity’s mark. Sometimes, it looks like a piece out of a Martian landscape. One would never realize how different the seabed is from the dry land, giving the illusion that this is another planet. Dotting the place are ships, planes, caves, caverns and they’re all different. They’re all used in creative ways by survivors to live out their lives. What was once the source of all life is dried out leaving nothing but salt and its long forgotten secrets. 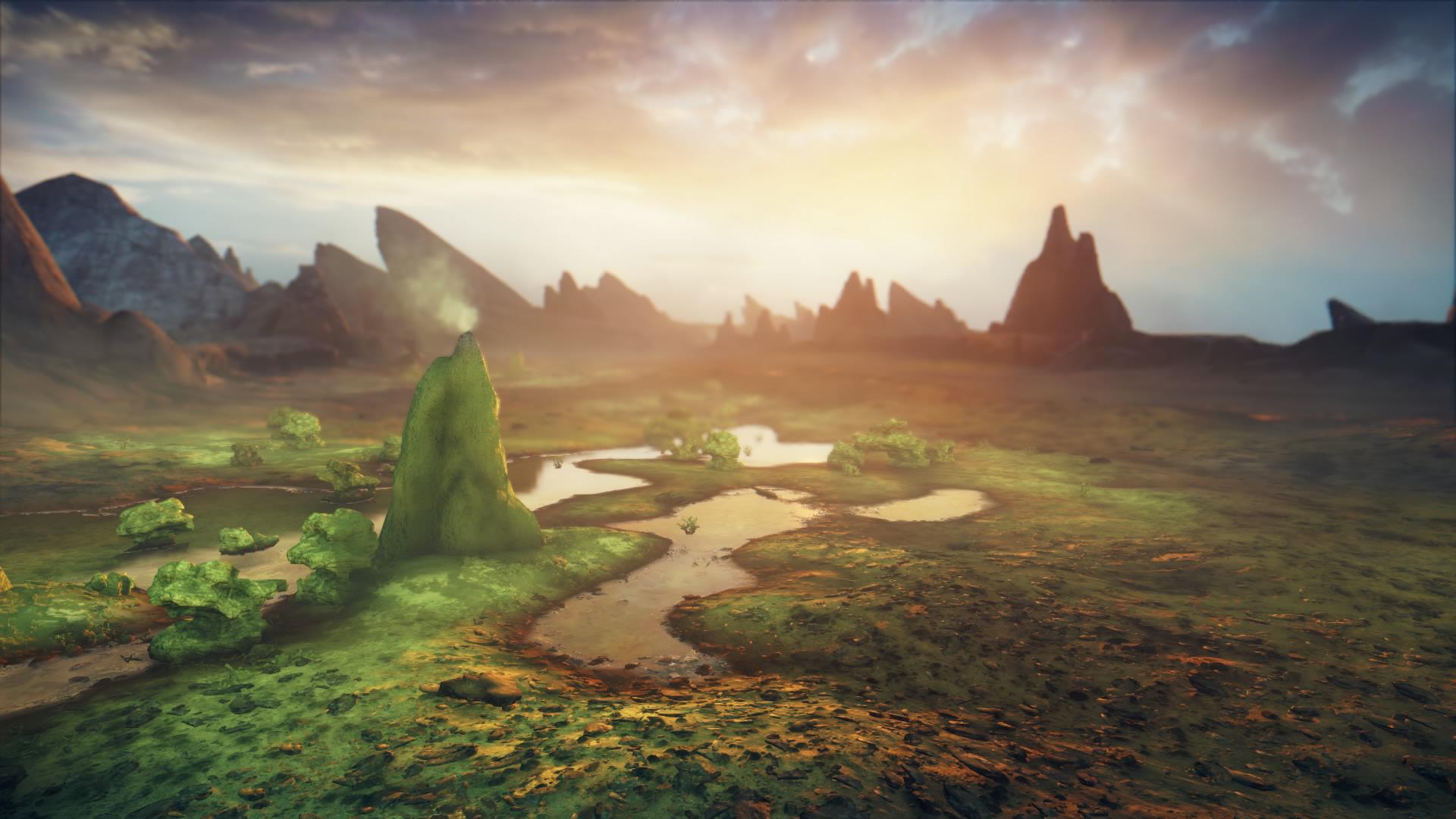 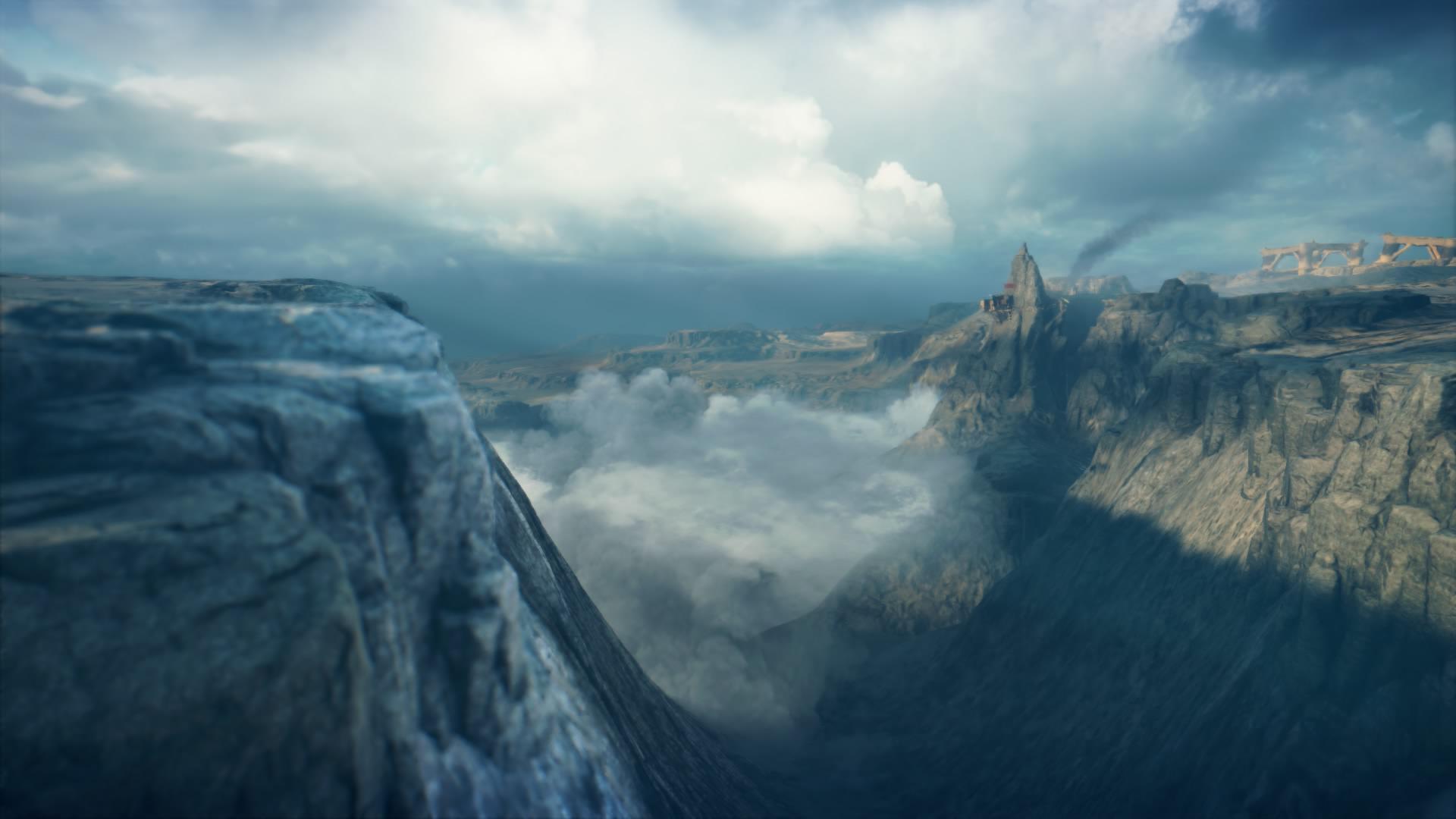 This land looks foreign, but feels familiar. Occasionally, it’ll feel otherworldly, but there’s nothing off about it to break your immersion whatsoever. It’s all consistent. So the idea here is to maintain immersion, which Avalanche masterfully did to set up for what comes next.

You spend quite a bit of time around the seabed zones, as they’re pretty large. At a certain point in the story, you break through the second barrier and go off into a new zone. I should have recorded me and my brother’s reactions when we first entered this zone. The Dead Barrens. We squealed when we ran into the first tree. The first asphalt road. It was all surreal. The trick worked. Avalanche stripped the setting in the first part of the most familiar things and left the player with only a taste. Finally, it smashed the player with all the familiar things. Trees, roads, buildings, diners, bridges, factories. We take such everyday things for granted, that I didn’t notice their absence because I was fully immersed in the first portion of the setting. 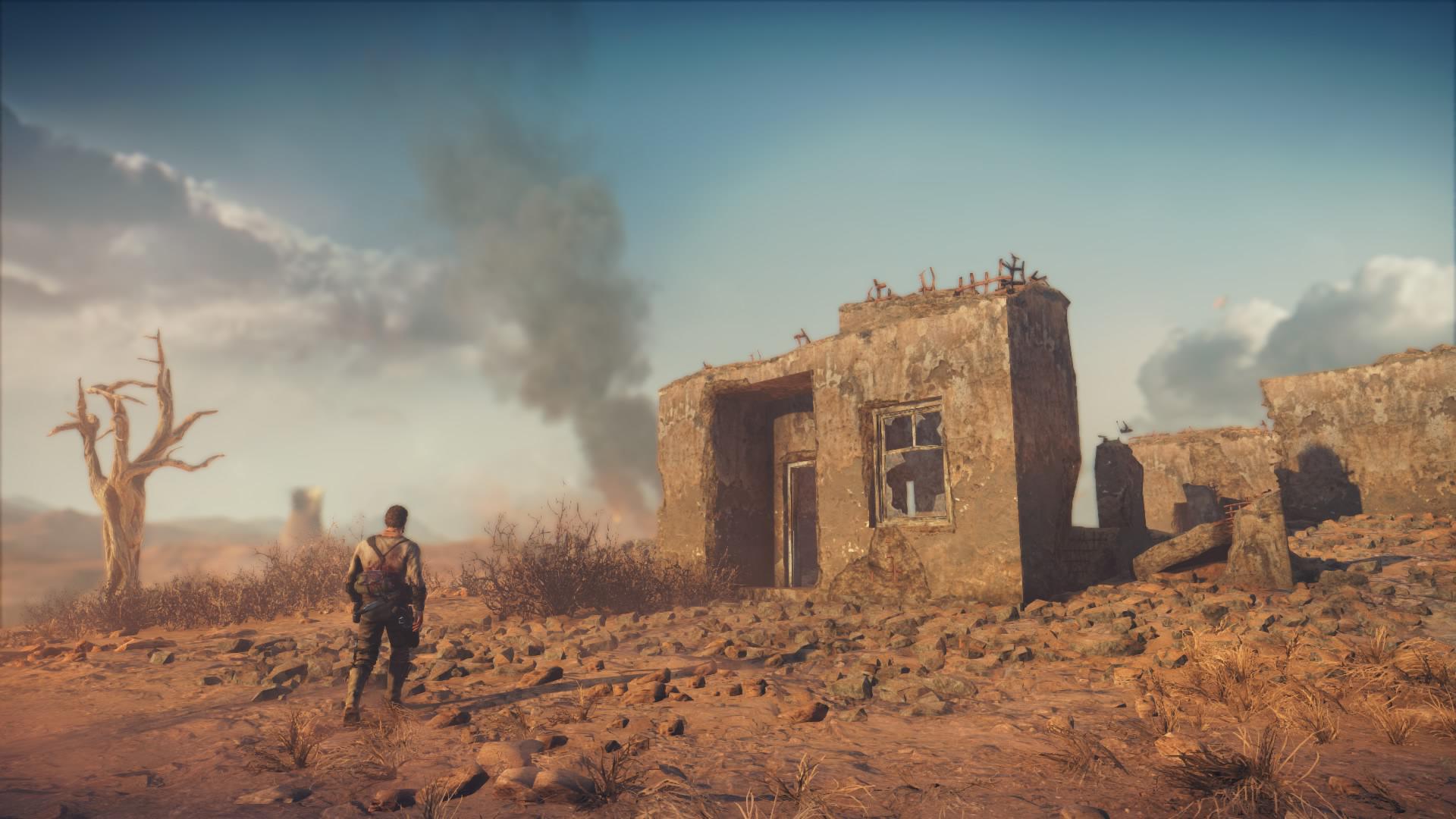 Gone are the foreign looking spires and cliffs and we venture back into familiar grounds. The camps, the scavenge locations all go from airplanes and ships to train stations and tunnels. Human civilization is all there for everyone to see. Highways and freeways lie in ruin, connecting the various what used-to be suburbs. The red, hard sand denotes the harsh reality of what happened in the past. Nothing survives here. It’s when you notice this contrast that you realize how much thought went into designing this world. The world is still a desert, it’s still dead. You’re not suddenly in a lush forest with deer and birds chirping in the background, nope, it’s still consistent, there’s no disconnect. One may say it perhaps serves as a metaphor for evolution. You start in the ocean, in water, the source of all life and then move on to land after an audacious endeavor. Once on land, you’re reintroduced, reborn and the itch for exploration still lingers. 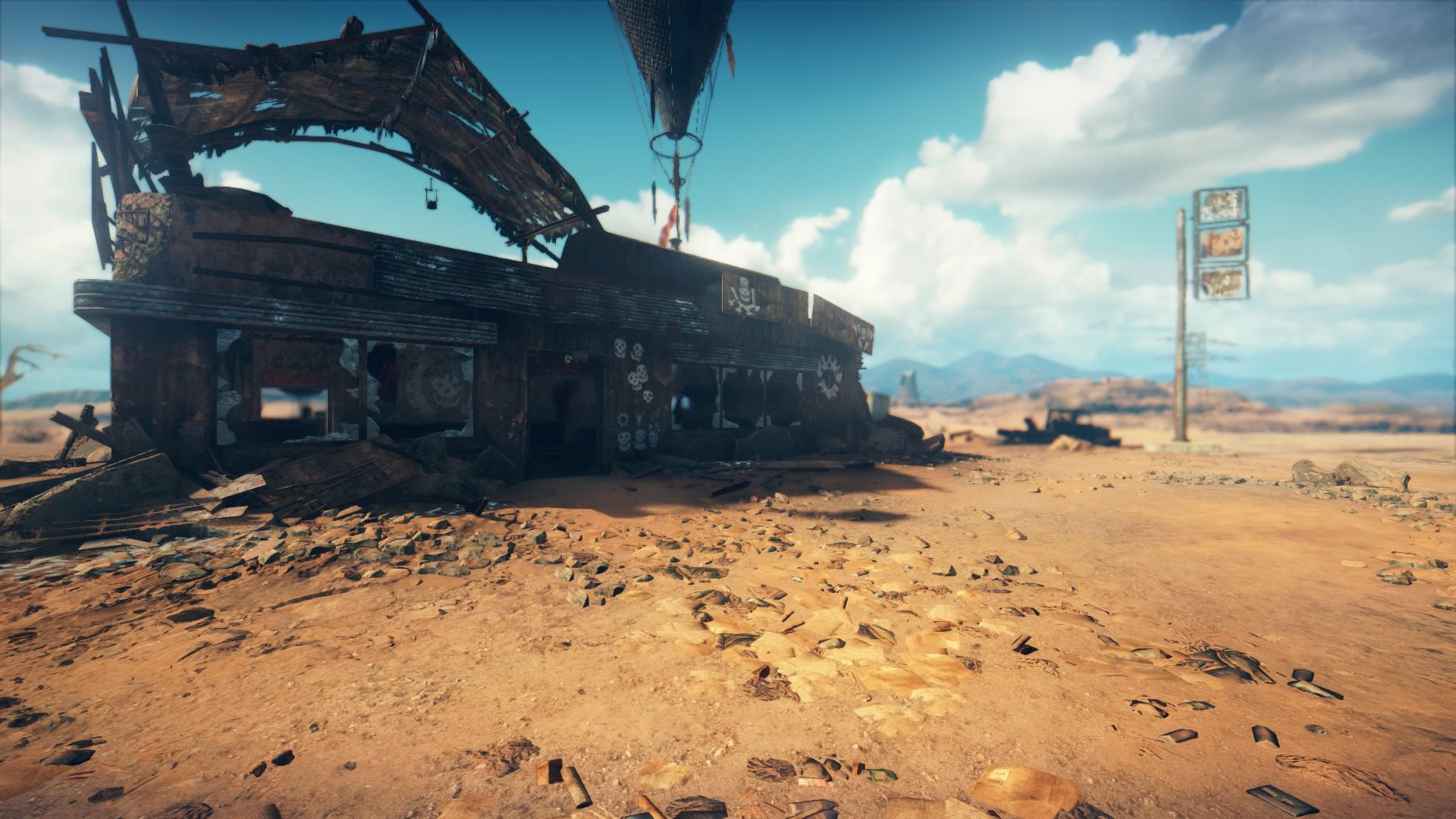 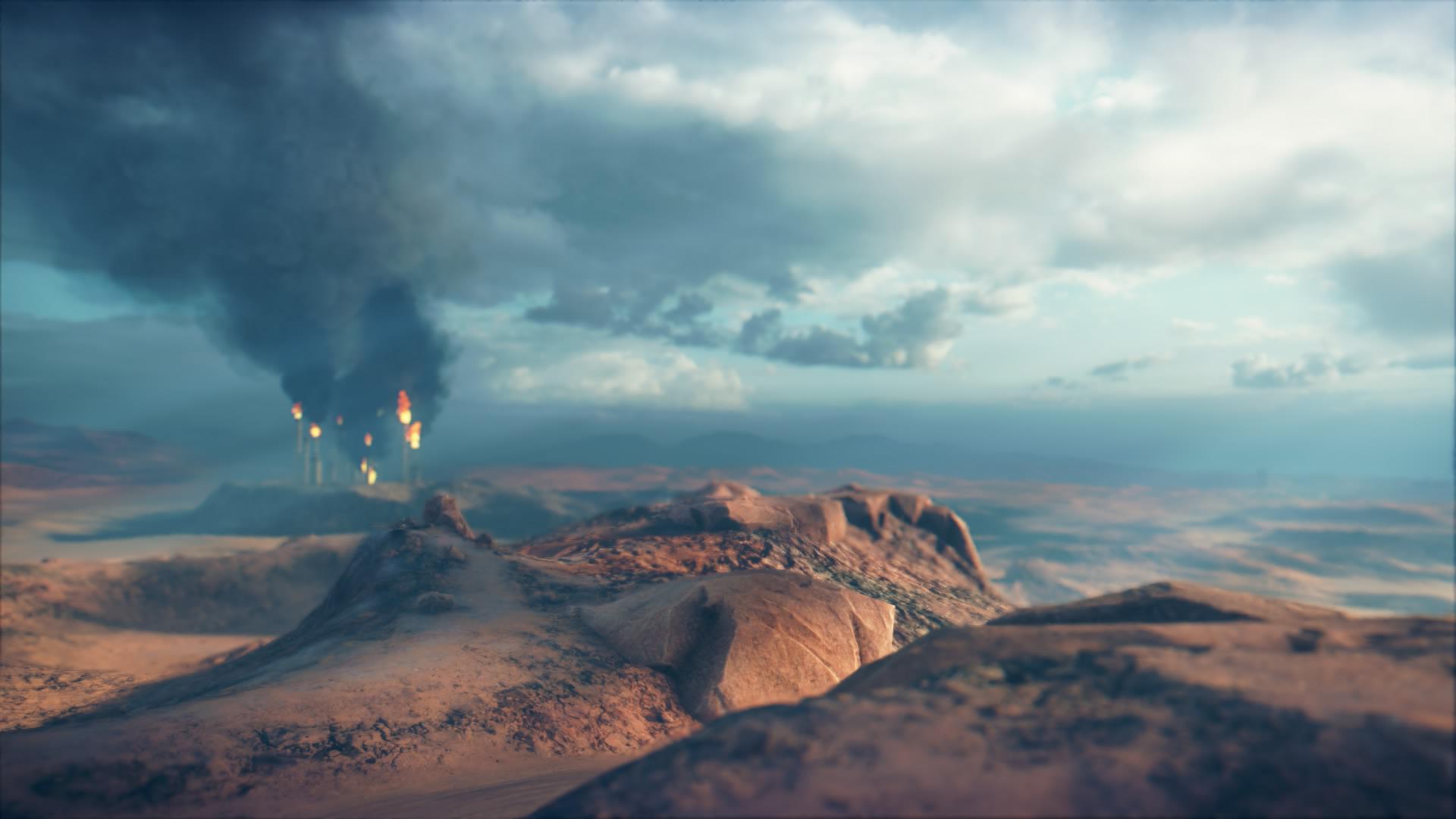 Another point of note in the world design is the presence of Gas Town. To avoid spoilers, Gas Town is the central source of power in the Wasteland and there’s something there that Max wants. The player is constantly reminded of the impeding threat and lingering conflict that this stronghold signifies. Gas Town is situated to the far northwestern side of the map. You can see it from anywhere. It’s an inevitable destination and it remains an imposing figure. A symbol of power and arrogance with the refinery towers burning the excess oil: a valued commodity in the Wasteland. It seems so far away and yet so close, and it gets closer and closer the more you advance in the map.

When you finally reach Gas Town, it’s a dump. Really, it’s a junkyard. A junkyard as rich in oil as it is in junk. Not much human civilization here, as it’s buried under all the waste and grease. You can smell the polluted air as you watch pieces of junk fly about. Oh wait. That is kind of human. 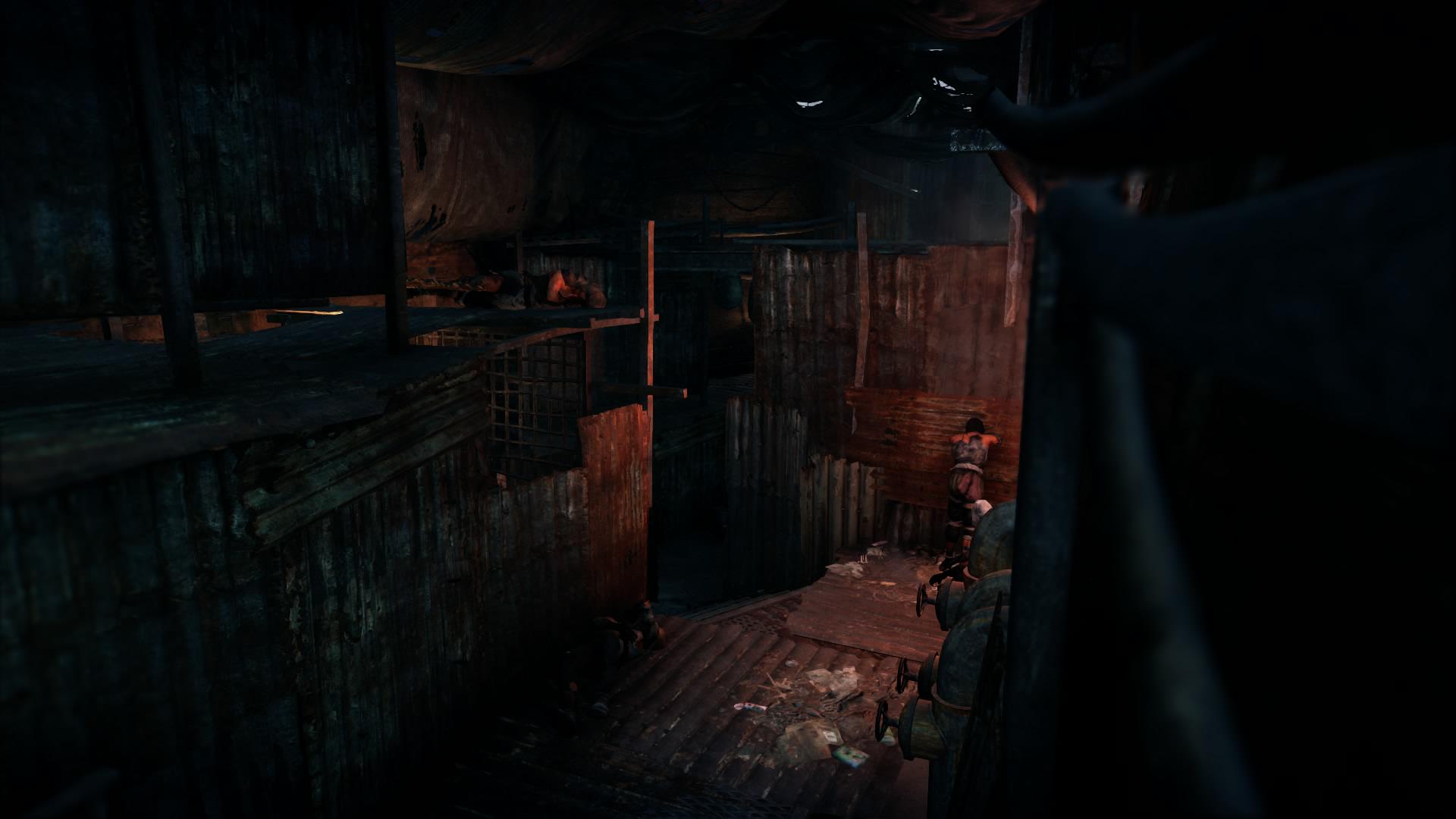 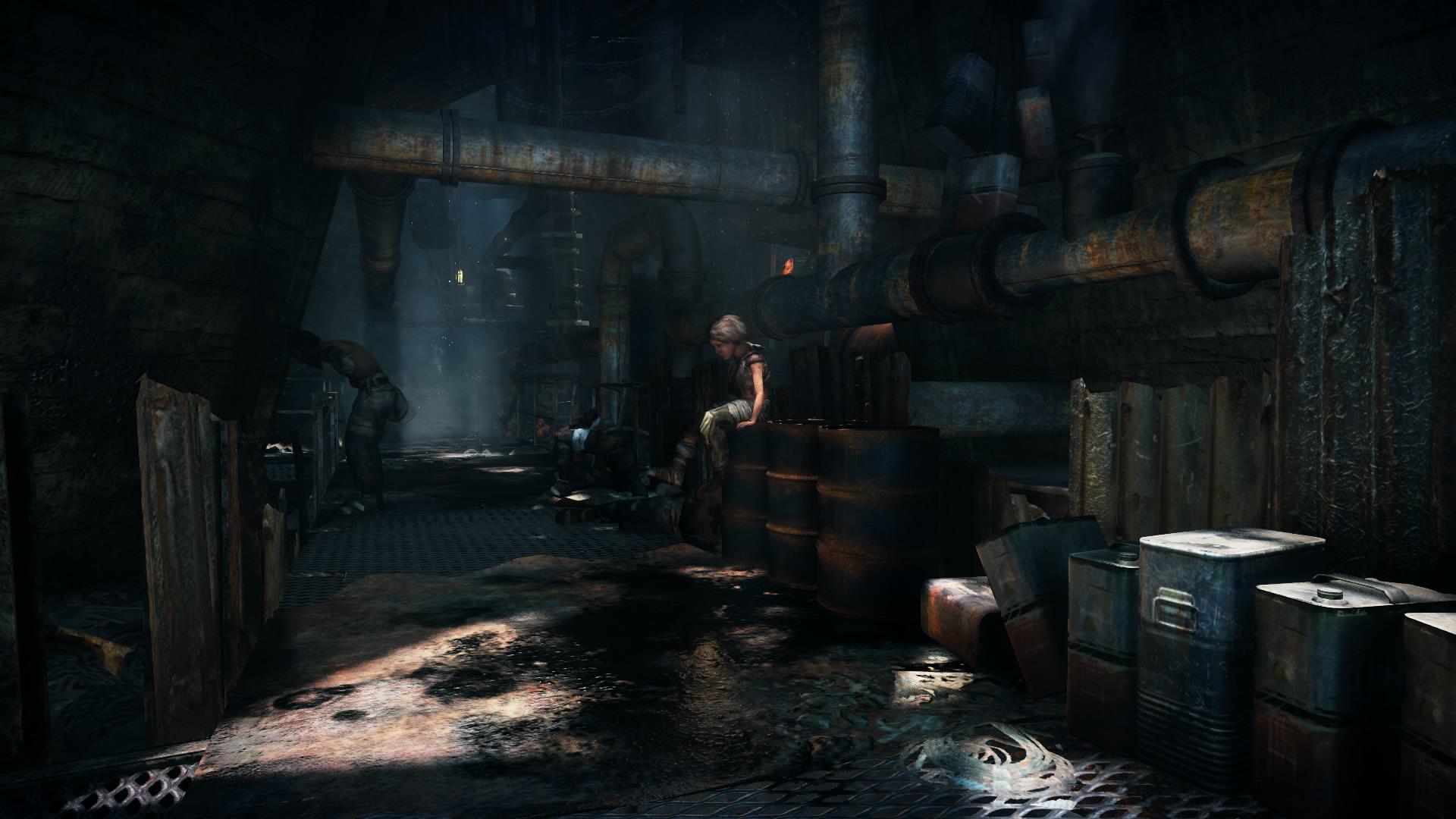 Finally, we come across The Dunes. The last zone in the Wasteland. It’s not a seabed, but whilst the Dead Barrens showed the decaying human civilization and Gas Town shows the worst about human civilization, The Dunes show pure nature simply taking over. In the Last of Us, that was in the form of vines, leaves and grass. Here, it’s the sand. Sand has buried everything. The airport, the churches, the train stations, and the suburbs. 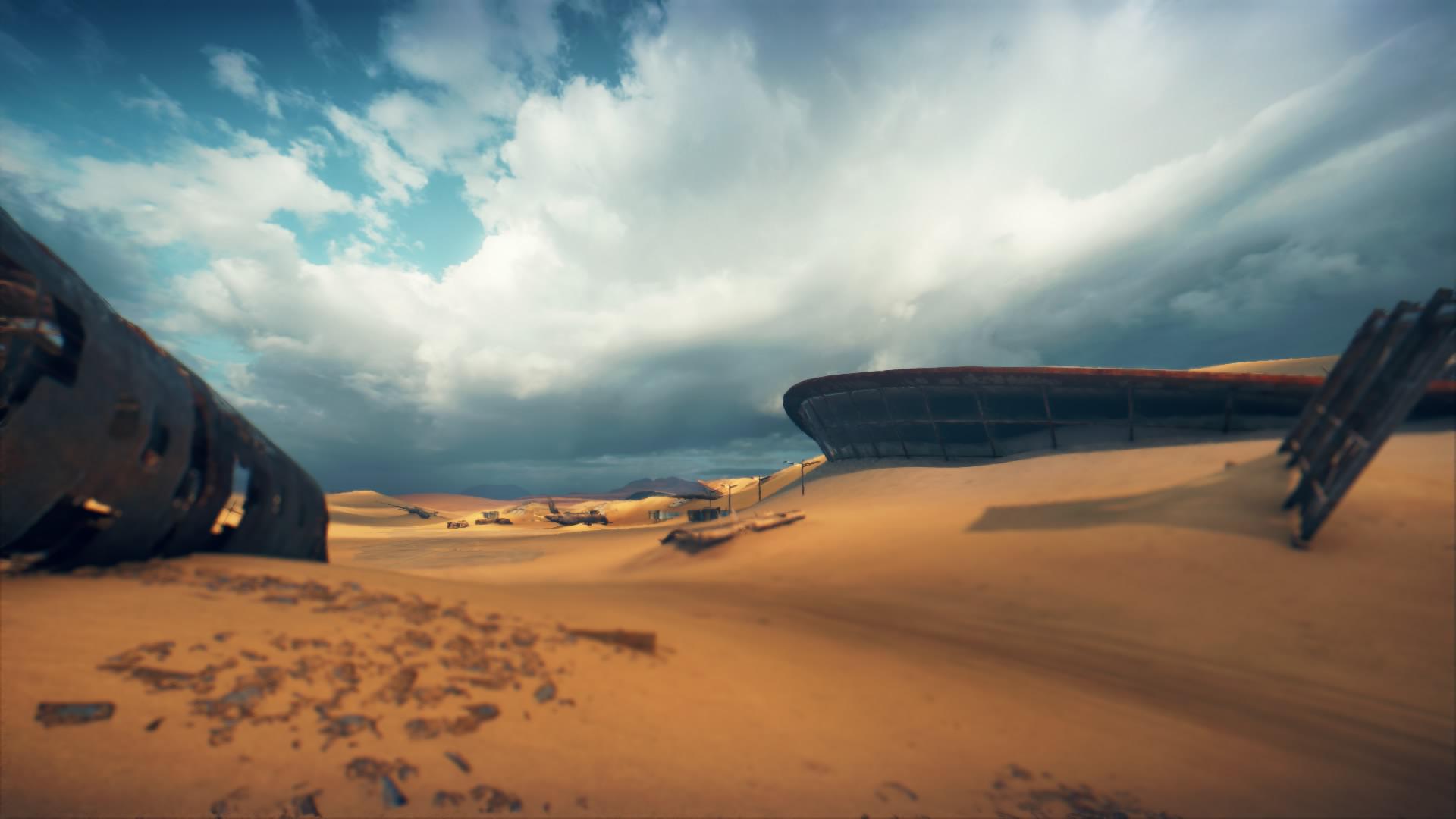 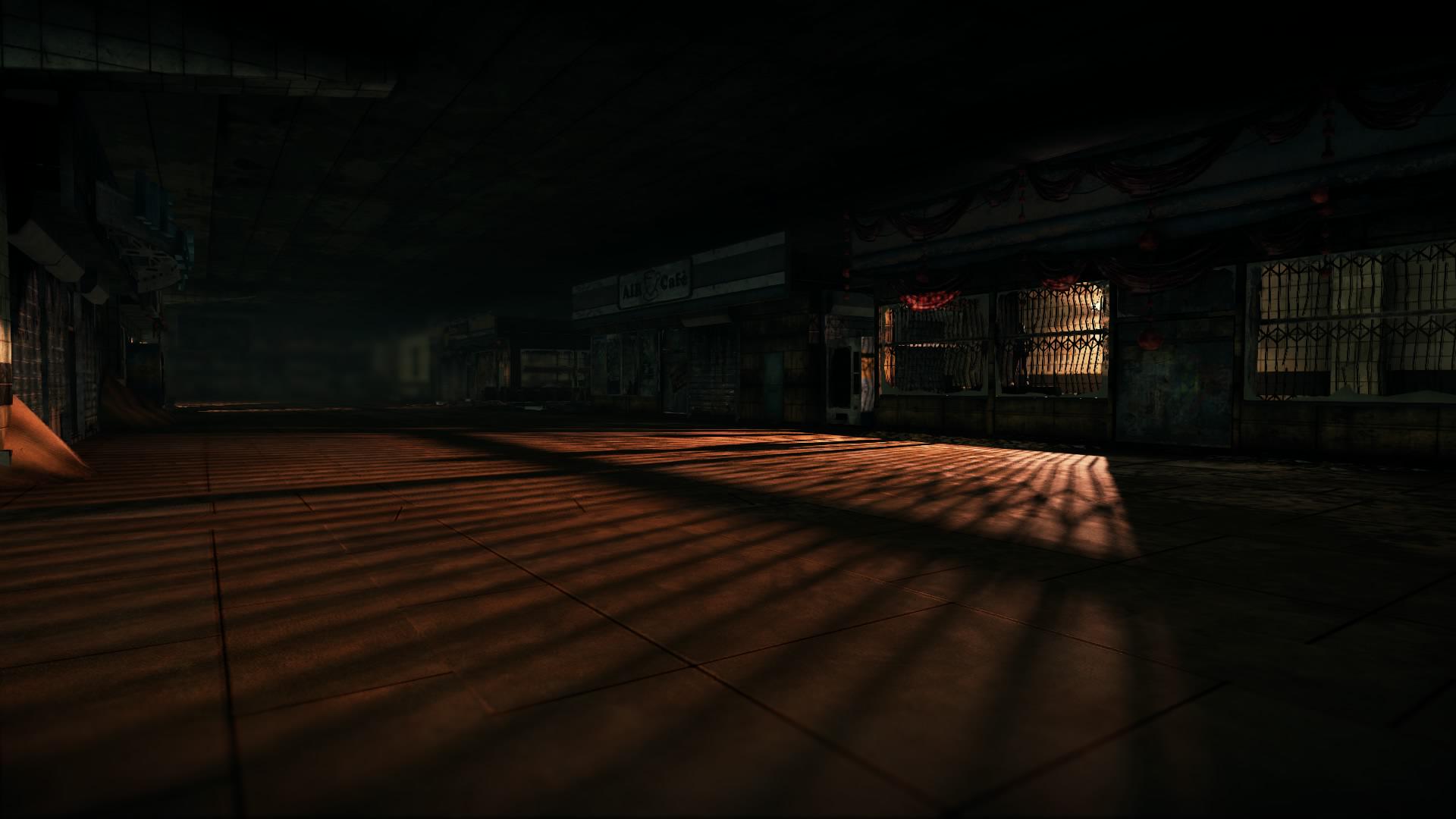 There’s something more unsettling and intimidating about sand. It’s suffocating, it’s not as breathtaking as lush nature or water. Here, you’ll find quiet. With only the howling wind keeping you company at night and the scorching sun during the day. We became artifacts. Everything we’ve known has become a treasure, a secret. Bookshops, cafes, coffeemakers, even toilets. 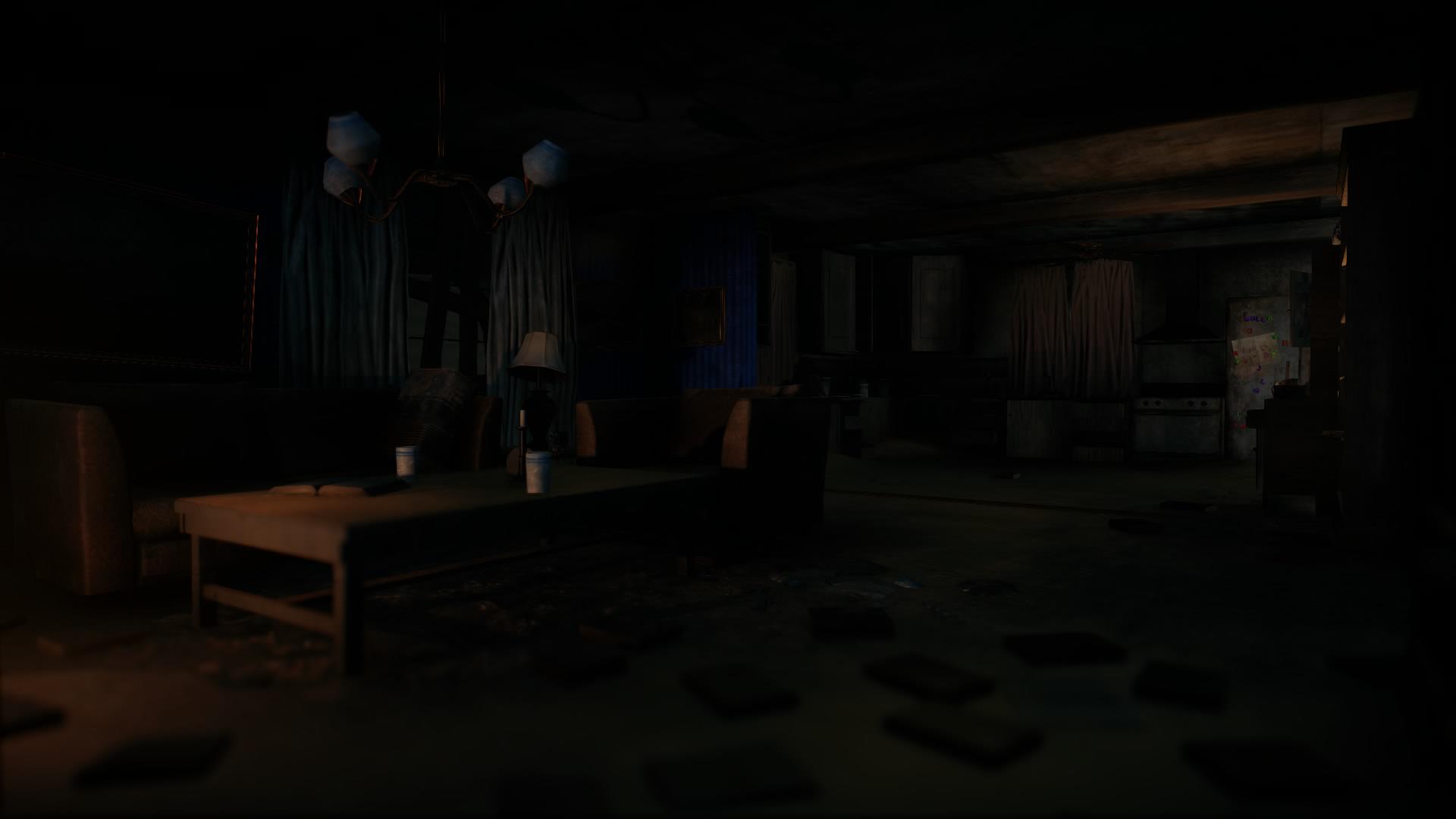 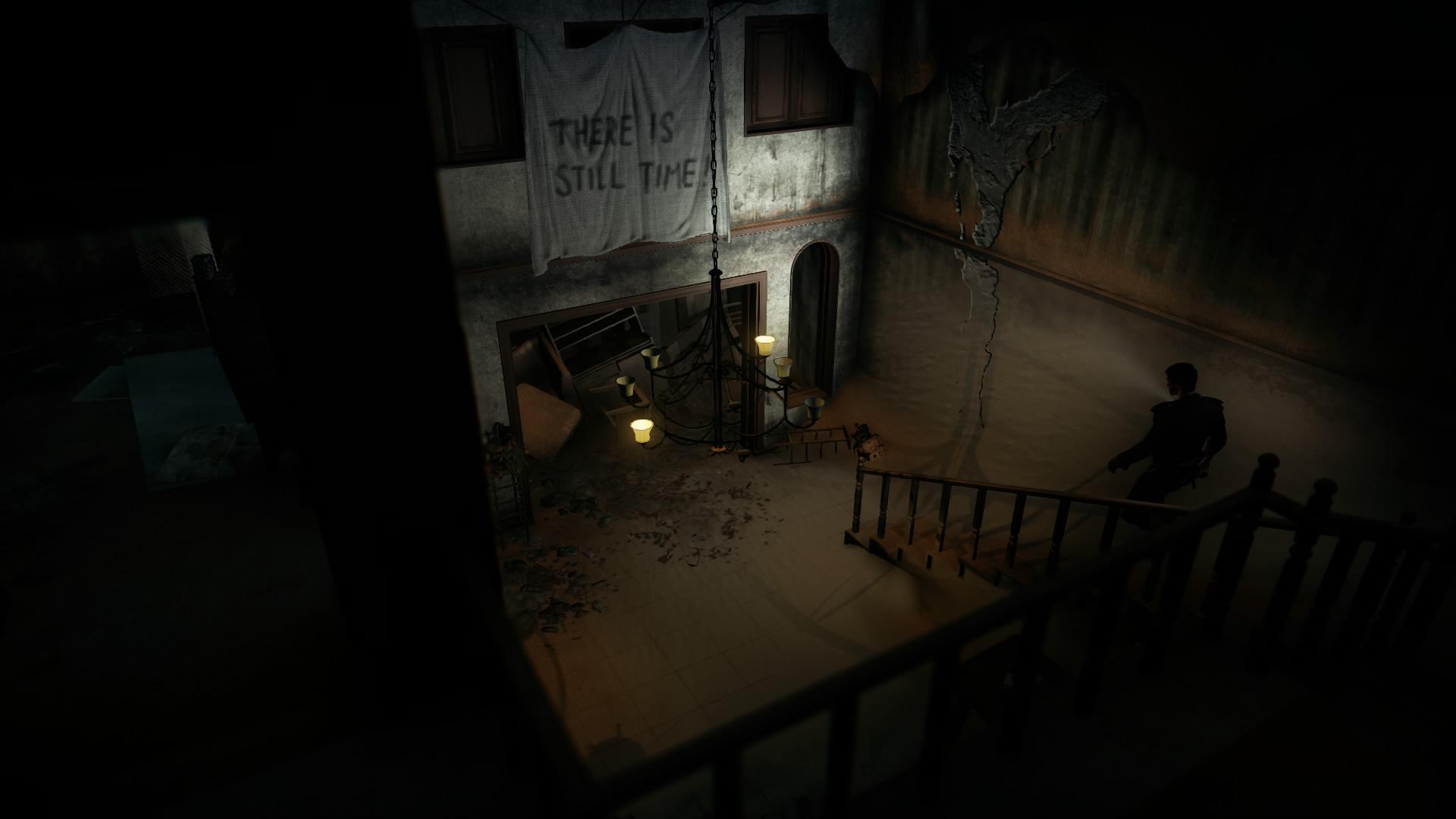 You are not forced to come across most of these places. They’re entirely optional, but meticulous thought was put into each and every location you visit. The camps and settlements in the Great White are made of ship parts, boats, and planes. This is all shown from the walls and rooms to even the chairs and tables. In the Dead Barrens, camp setups are consistent with what’s present in this zone—trucks, trailers, cars, car seats, restaurant tables. All of this, every single camp, cave, interior, it’s all seamless with not a single loading screen. The attention to detail is apparent in every corner of this desolate beauty. It’s an absolutely fantastic and immersive experience. 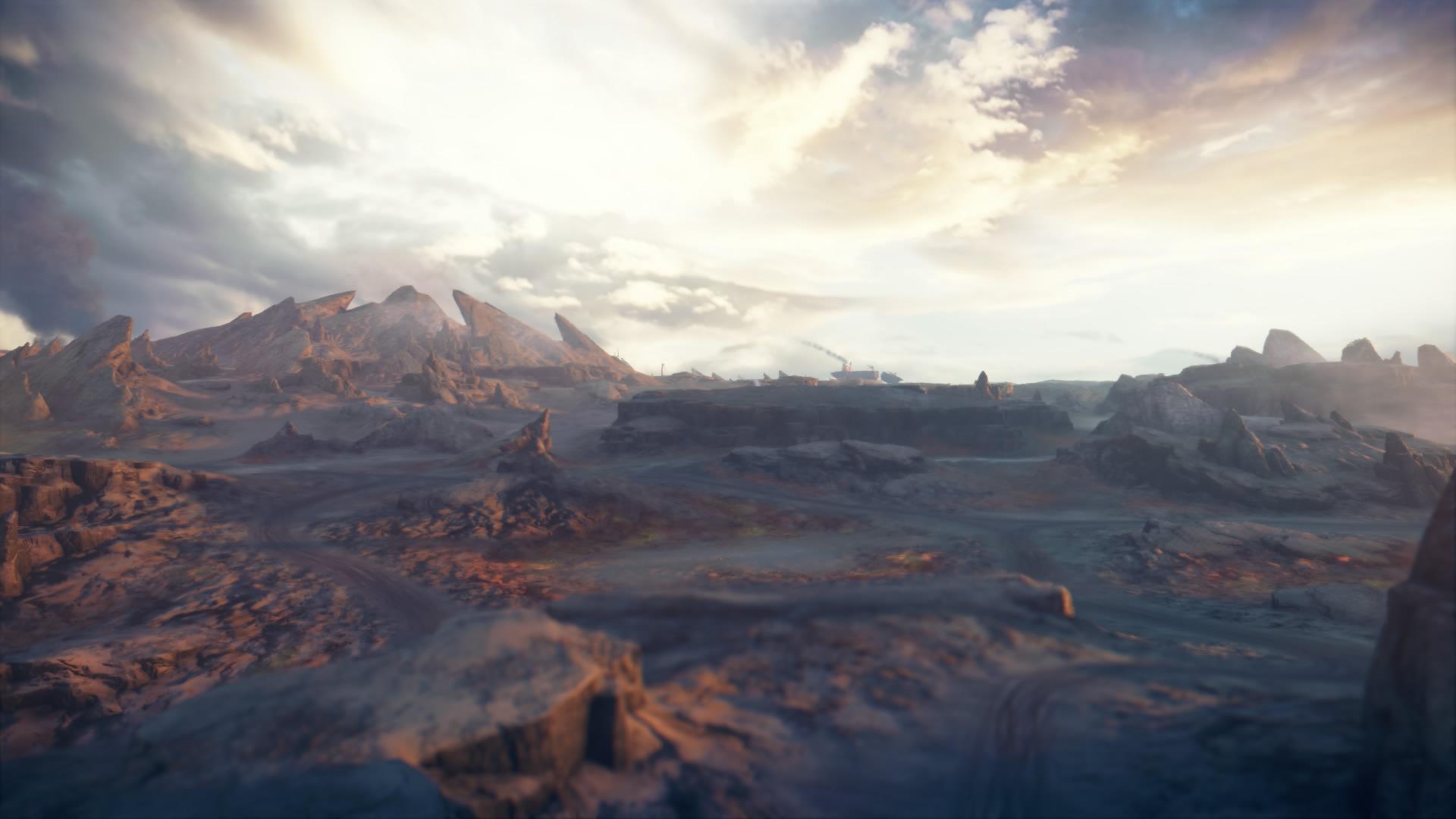 4 thoughts on “The Brilliance in Mad Max’s World Design”